Please Note: Due to the COVID-19 pandemic, some drop shipments may be delayed due to backorders through the manufacturer.

A 3 in 1 Commode is a single device that can perform three different functions. It can be used as a bedside commode, a toilet riser, and a toilet safety frame. There are other options for commodes too...

While a commode has a simple purpose, there are things you should know when purchasing one for yourself or a loved one.  The 3 in 1 commode is a versatile unit that can be used bedside when an individual is unable to travel to and from the bathroom.  Obviously this option would use the removable bucket and lid that are included with a 3 in 1 commode.  Height of the unit is adjustable to meet the needs or preferences of the user.

Another use for a 3 in 1 commode though is used in conjunction with the toilet in your bathroom.  While there are toilet seat risers that can be purchased to raise the height of the toilet seat, some that set on and some that clamp on, some with and some without arms, a 3 in 1 commode can be placed over the existing toilet and used with the splash guard that is also included with the commode. A splash guard is a tube, similar to the bucket that fits under the unit, but has no bottom so that the waste ends up in the toilet but with the sides of the splash guard ensuring that no mess is caused due to the raised seat of the commode height being above the usual toilet height.

The third use for the 3 in 1 commode is that it provides the hand rails that are sometimes needed for individuals to be able to lower themselves onto and get up from the seated position when using the toilet.  These can be purchased separately as toilet safety rails, which are bolted to the toilet or a 3 in 1 commode can be used over the toilet to provide that same feature.

Need To Purchase a 3 in 1 Commode?

We offer the ProBasics Folding 3 in 1 Commode (shown below) at an affordable price and only nominal shipping cost. 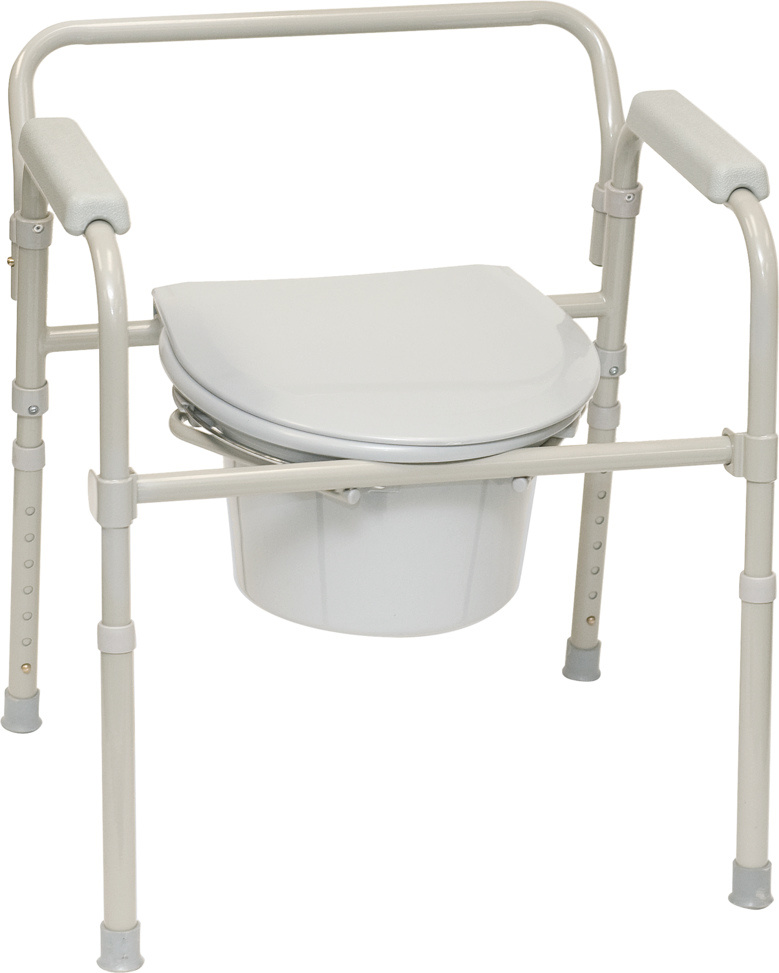